As part of the deployment of the “France Relance” plan presented by the Government in early September, the Hauts-de-France Prefecture and the Hauts-de-France Region announced the first 9 regional companies to win the fund for accelerating industrial investments in the region. 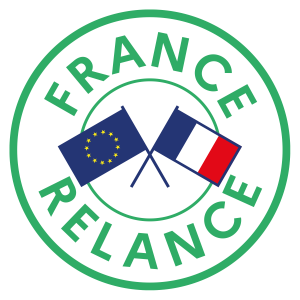 To allow industrial companies to bounce back after the crisis, Agnès Pannier-Runacher, Minister Delegate to the Minister of Economy, Finance and Recovery, in charge of Industry, announced, within the framework of the “France Relance” plan, the launch of this fund, endowed with €150 million over 2020, and €400 million by 2022. This support fund is already delivering its first effects today and will help accelerate major industrial investments in the Hauts-de-France region, in line with the national “Industrial Territories” programme.

Within the framework of this national programme launched by the Prime Minister at the end of 2018, 13 “industrial territories” have been identified in the Hauts-de-France. While 70% of industry is located outside the major conurbations and 71% of foreign industrial investment last year took place in municipalities with fewer than 20,000 inhabitants, these “Industrial Areas” are a priority for both the Government and the Hauts-de-France Region.

The 9 winning projects of the fund for accelerating industrial investments in the territories represent nearly €5.7 million of subsidies mobilised by France Relance for a total of €29.4 million of productive investments on a regional scale. They will enable the companies concerned to diversify their activities, modernise their manufacturing processes and thus maintain their presence in the Hauts-de-France region, with the result that 414 jobs will be created and more than 158 new jobs will be created.

The State and the Region have chosen to coordinate the implementation of their recovery plans to simplify the clarity of the support measures for businesses. All of the 9 supported projects have thus been the subject of a concerted decision by the regional prefect and the Region.

In the coming months, the following projects will be accelerated: