In France, the construction sector is the highest consumer of energy with some 43% of total final energy. It should also be noted that the residential-tertiary sector accounts for just 22% of greenhouse gas emissions. If we add to this the consumption of natural resources (between 1 and 2 tonnes of materials for every square metre built) and the 48 million tonnes of waste produced each year by demolition, renovation and construction sites, one of the routes of action for the sector to reduce its environmental footprint is to develop new materials, especially biobased concrete.

In addition to the environmental benefits of carbon storage through consumption by the plant and preservation of natural resources of mineral granulates, the full or partial replacement of sand and gravel with plant-based granulates in concrete has highlighted the interesting properties of these new forms of concrete in terms of inhabitant comfort, achieved through a natural tempering of temperature and humidity.

At the same time, rapeseed cultivation in France covers some 1.5 million hectares, mainly in the north of the country, of which part of the chaff (around 450,000 tonnes) could be commercialised. In light of these factors and given their respective expertise, the partners have set themselves the objective of developing prefabricated elements in rapeseed concrete, notably load-bearing or non-load-bearing insulation blocks. The partners bring to the table: an industrial transfer centre and project leader (CODEM SAS), a university research laboratory (UPJV – Innovative Technologies Laboratory), a federation of agricultural cooperatives from the Hauts-de-France region (Coop de France Hauts-de-France) and an industrial producer and distributor of construction materials (Point P SAS).

The project is being supported by the ADEME environment and energy agency in the context of its Bioresources, Industries & Performance call for projects, and by the European Union (ERDF). Part of the project’s studies are being produced in the context of a civil engineering PhD. 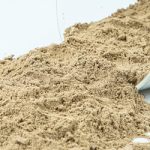 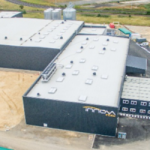