Energy Optimisation of Industrial Processes at the Nesle Plant (OPEPINE)

How did the project come about?

The company was founded in 2016 by Aude Guo, Clément Ray and Bastien Oggeri. The inspiration behind the creation of InnovaFeed came from the desire to offer solutions for a more sustainable food and animal feed system. The challenge was to create a company capable of having a real impact on food and the environment faced with the ever-increasing demand for proteins, and to provide a response to the issues of food security. InnovaFeed deploys a sustainable, circular and natural system for fish farms.

The issue at hand?

The availability of proteins is one of the critical issues of the coming decade. With population growth and changing food habits, a deficit of 60 Mt is taking shape at the global level. The situation is especially fragile in Europe, where 70% of proteins is imported.

Thanks to its particularly suitable nutritional profile and ability to extract proteins from little commercialised plant-based by-products, the insect represents the best alternative for mitigating this deficit.

To provide a responsible and sustainable response to the shortage affecting resources and the environment, InnovaFeed deploys a virtuous insect farming process in short cycles which creates value throughout the ecosystem. It is participating in the boom in sustainable aquaculture with low impact on the environment and natural resources (e.g. fish stocks) by proposing an alternative and competitive protein and improving the quality of farmed fish. It also protects the long-term future of the sector based on the re-utilisation and re-commercialisation of agri-food industry by-products, which are widely available in France.

The mission of InnovaFeed is to contribute to the construction of a sustainable food system by developing a pioneering and innovative industry.

Based on the fact that the Hauts-de-France region is one of Europe’s richest sources of raw materials for feeding insect larvae, notably by-products from agriculture and the agri-food sector, InnovaFeed decided in 2017 to locate its first pilot plant in the region, in Gouzeaucourt. This first production unit was able to validate the industrial process and zootechnical aspects, in order to commence the industrial roll-out phase with the planning of a large-scale production plant in Nesle.

The InnovaFeed plant in Nesle deploys a unique production model framed by the circular economy and based on a shared location with industrial partners for the supply of raw materials and energy. InnovaFeed reduces its environmental impact by 57,000 tonnes of CO2, notably by using wet and non-dried by-products from its agri-industrial partner Tereos and by exploiting trapped unavoidable heat from its second industrial partner, Kogeban.

The Hauts-de-France is also supporting InnovaFeed to construct a genuine industrial symbiosis.

Results and next steps

At the Nesle site in the Département of Somme, InnovaFeed will be opening the largest insect protein production site in the world. It is a major technical success that will generate local economic dynamism and have a global impact on the environment. Furthermore, the InnovaFeed plant will ultimately create 110 jobs.

Thanks to its acquired experience, the developed technology and a structured team, the company is now commencing its industrial roll-out with projects in France, Europe and the USA. 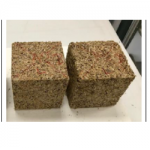 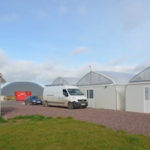